​Ulysses Grant was the 18th president and one of the most popular leaders during the Civil War. As commander of the U.S. Army, Grant helped preserve the union from Confederate forces. Grant was able to ride his wave of popularity into two terms of office. He was best known for his military strategy and strong leadership skills.

Grant is most known for being a war hero. He was the general of the Union States and won over the Confederates states in the Civil War. This win set in motion, his nomination and then election as the Presidential candidate.

His Father was a tanner, who sold leather for a living. Ulysses joined Military Academy in west Point, on the suggestion of his father.

Ulysses S. Grant had a rare fondness for horses. He learnt to ride horses when he was quite young and so his father sent him to the U.S Military Academy in West Point. Here he completed his college education and then was recruited in the army to fight in the Mexican War in 1846.

Personal Life before Becoming the President:

While fighting in the Mexican War, he felt homesick and developed a drinking problem. He was even caught drinking while on duty. This made him retire early and head home, after which he suffered from financial problems. Later he joined the family owned, leather shop, which eased his financial strains to some extent.

With the onset of the Civil War, Grant had to rejoin the military. At first he served at a lowly position for the Union army, but soon he progressed through the ranks in military and became a general.

He lead his army to re capture Fort Donelson in Tennessee, after which he set records of victory by conquering major cities, which were under the strong hold of the Confederates. These conquests weakened the Confederate states and victory for the Union states became inevitable. In 1864, he was appointed the commander-in-chief of the Union military forces.

The Confederate army was finally defeated after a yearlong battle, in the Appomattox Court House. Ulysses and his army emerged victorious and he became a war hero.

Ulysses S. Grant was celebrated as a war hero and in the 1868 elections, the whole nation unanimously voted for him, which landed him in the oval office. However, his reputation was scarred due to a number of scandals during his years in the presidential office.

The scandals were made possible largely due to the fact that it was government official who were involved in them and were looting the country by treason.

Even though no stone was left unturned to scandalize the president, Ulysses S. Grant accomplished a great deal while in office. He signed the Treaty of Washington to pacify relations with the Great Britain.

He was vehemently in support of giving out civil rights to the Native Americans as well as African Americans. He passed bills to ensure that both the classes got justice served.

Died on 23rd July, 1885 in Mount McGregor, New York. He suffered from throat cancer due to his habit of smoking several cigars in a single day. 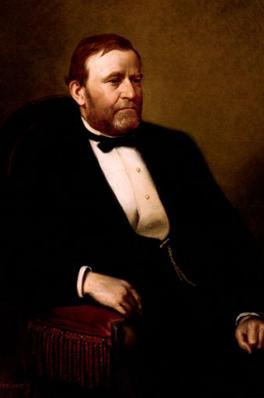