Thomas Woodrow Wilson was one of the most influential presidents in United States history. He served as president from 1913 to 1921, and during that time he accomplished a great deal. In this blog post, we will take a look at the top 5 things Wilson did during his presidency.

One of the first things Wilson did as president was sign the Federal Reserve Act into law. This act created the Federal Reserve System, which is responsible for regulating the nation's monetary supply. The system is still in place today and is considered one of the most important aspects of the US economy.

Next, Wilson oversaw the passage of several important pieces of legislation, including the Clayton Antitrust Act and the Federal Trade Commission Act. These laws helped to regulate business practices and prevent monopolies from forming.

Wilson was also a strong advocate for progressive taxation. He believed that those who earned more money should pay a higher percentage of taxes than those who earned less. This principle is still used today in many tax systems around the world.

During his presidency, Wilson also led the United States into World War I. He was a strong believer in the war and felt that it was necessary to protect democracy. Despite initial reluctance from the American people, Wilson was able to rally support for the war effort and lead the country to victory. 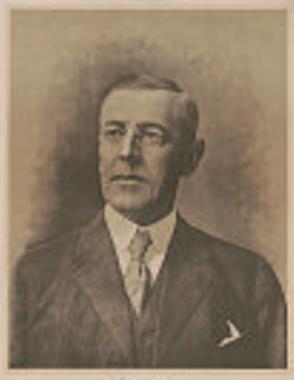