Did you know that Millard Fillmore was the 13th president of the United States? Or that he was instrumental in the passing of the Compromise of 1850? Here are five facts about Millard Fillmore that you may not have known!

Fillmore was born in a log cabin in New York state. He did not have any formal education beyond elementary school, but he was able to study law and passed the bar exam in 1823.

In 1828, Fillmore was elected to the New York State Assembly as a member of the Whig Party. He served three terms before being elected to the U.S. House of Representatives in 1832.

As president, Fillmore supported the Compromise of 1850 which allowed California to enter the Union as a free state while also enacting a fugitive slave law. This compromise led to a brief truce in the battle over slavery expansion.

Fillmore also oversaw the opening of Japan during his presidency and worked to strengthen the U.S. Navy. He signed a bill that authorized the construction of two ships, which were named the USS Millard Fillmore and the USS Buchanan in his honor.

Although he was not nominated for a second term, Fillmore's accomplishments as president earned him respect from both parties. After leaving office, he returned to his law practice and also served as chancellor of the University of Buffalo. He died in 1874 at the age of 74. 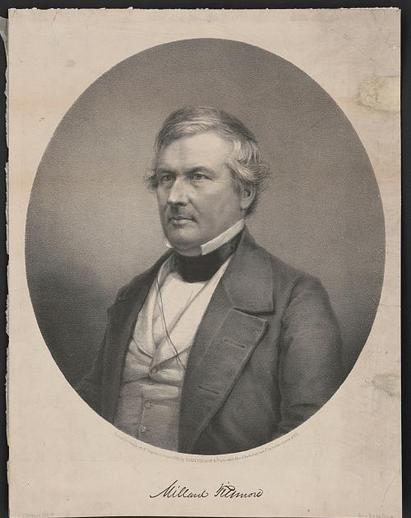