John Kennedy was the 35th president and first to be born in the 20th century. Kennedy was known for his great speeches and political skills. His leadership helped the country avoid war during the Cuba Missile Crisis. His assassination on November 22, 1963 shocked the nation and did not allow him to see many of his ideas become law. His early work on civil rights were the basis for the Civil Rights Act of 1964.

John grew up in a very powerful and rich family in Brookline, Massachusetts. The family was big as he had three brothers and five sisters. John's father Joe had a dream that one day one of his sons would become the president of United States. He started preparing for his dream to become a reality from a very early age of his sons. He provided the best school for them as he sent them to great institutions. He had high expectations from his oldest son Joe Jr. to become a president one day.

John was a Harvard graduate and graduated from Harvard in 1940 with an honors degree. His father was the US Ambassador to Great Britain at that time and so John traveled to Great Britain to be with him. As his interest developed towards learning about the World War II, the first-hand information he got helped him realize that it is highly likely that the US will get involved before the war was over. So, John tried his luck in the army but failed because of his back problem. He went on to joining the Navy and became the command of patrol torpedo boat. Unfortunately, the boat sank but he survived like a war hero. Sadly, his older brother was not as lucky as John and died in a combat during the war.

When John's older brother Joe Jr. died, their father turned to John to become president. He helped in John's involvement in politics and gets elected to US Congress in 1947. He served as a congressman for six years and then went on to become the US Senator in 1953. He ran for the presidency in 1960 against Richard Nixon who was the current Vice President of the time. He won one of the closest elections in the realms of history.

After the election, he gave one of the most gripping and passionate inaugural speeches of all time. His presidency marked some major events of Cold War like:

22nd November 1963, Kennedy was shot by Lee Harvey Oswald while he was travelling in a convertible car in Dallas, Texas.

1. He was the first president who was also a Boy Scout.

2. He was the youngest president to be elected.

3. Even his grandfather served as a US Congressman and was also the mayor of Boston.

4. His book, Profiles in Courage earned him a Pulitzer Prize.

5. Kennedy's younger brother ran for president but he also got assassinated. His younger brother Bobby Kennedy was one of his important advisors and led the Justice Department under John's presidency.

6. John is credited for taking the initiative of the Peace Corp.
​​​ 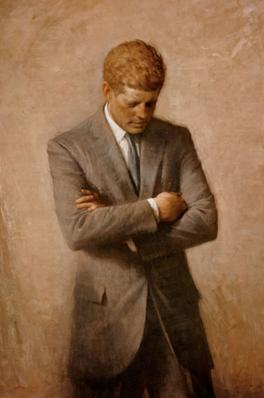