​James Monroe served as the fifth president and was the last who had also been a founding father. Monroe also served his country during the Revolutionary War and was seriously wounded during battle. During his time in office the historic Missouri Compromise was passed. Monroe remained popular throughout his presidency despite an economic downturn that slowed the nations growth.

​James Monroe is most known for his Monroe Doctrine. It was a bold initiative towards making a statement that told European countries that the United States would not tolerate anymore intervention or colonization on the American land.

James was growing up at the time when the American colonies and their British rulers were going through a high rise in problems. His father was a farmer and a carpenter by profession and died when James was only sixteen. After his father’s death, James was expected to take over his father’s estate and also take care of his younger siblings who consisted of four younger brothers and sisters. Fortunately, James proved to be a very capable and bright young man.

James got admission in the College of William and Mary. Unfortunately, his education got terminated midway when the Revolutionary War broke out. Then he joined the local Virginia Militia and also the Continental Army. Soon he earned the ranks of a Major and fought under the commandment of George Washington. He got shot in the shoulder while fighting in the Battle of Trenton, but soon recovered just around the winter at Valley Forge.

Monroe left the army like a dedicated war hero and eventually decided to become a lawyer. He followed Thomas Jefferson’s law practice and learned law by working on it. At first he became a member of the Virginia Legislature and then a delegate to the Continental Congress. As soon as United States was formed as a new country, he became the member of the US Congress and Governor of Virginia. Monroe also gained experience by working under many other presidents like; he went to France for Thomas Jefferson and helped in purchasing the Louisiana Purchase. It doubled the size of United States and helped increase US economy. James Monroe also served as the Secretary of State and Secretary of War for last president James Madison.

During his presidency five new states got admitted into the country these include:

He further added to more expansion by purchasing the territory of Florida from Spain.

Monroe moved to New York to live with his daughter’s family after his wife passed away. Soon he fell ill and died on the 4th of July, exactly after five years of the death of Thomas Jefferson and John Adams. 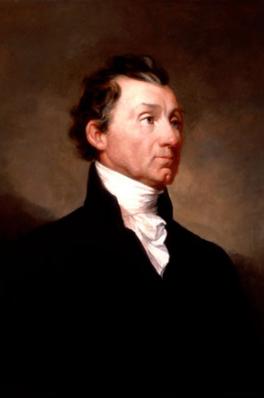