​James Buchanan was the 15th president and only president from the state of Pennsylvania. Before his presidency Buchanan served as Secretary of State and as a Senator from Pennsylvania. During his time in office Buchanan was unable to stop the succession of seven states and the start of the Confederate States of America. The Civil War started just two months after he left office.

James Buchanan is remembered for being the only U.S President, who remained a bachelor throughout his life. He was the last president before the Civil War started as his policies could not prevent the division of the Union.

James’ Father was an immigrant from Northern Ireland who migrated to United States in 1783. Buchanan was born in a log cabin in Pennsylvania. but afterwards his father’s business as a merchant flourished and they became the most wealthy family in Mercersburg Pennsylvania.

James Buchanan grew up in Pennsylvania. After his father’s business prospered, he was able to gain education quite effortlessly. Once in college he almost got expelled, but after repeatedly pleading for another chance, he was granted one. From then onwards he focused on his education and attained a Hons. Degree with flying colors.

Buchanan was nominated by the Democratic Political party as a presidential candidate. Many believe that he was elected due to the fact that he had not defended either side when the Kansas-Nebraska slavery Act debate broke out. At this time he was serving as the United states minister to the United Kingdom.

Personal Life Before Becoming US President:

Under Andrew Jackson’s presidential tenure, he was posted as the U.S minister to Russia. After which he served the U.S senate. With the presidency of James K. Polk, Buchanan was made the secretary of state.

Buchanan’s predecessor was Franklin Pierce, under whose term, Buchanan was made the U.S Ambassador to United Kingdom.

After Buchanan was sworn in as the 15th president of the U.S, the Supreme court passed the Dred Scott Ruling, in view of the then on going Slavery debate. The ruling stated that the Federal Government could not interfere and restrict slavery in the states.

Even though Buchanan himself was against slavery laws, he did nothing to stand by his beliefs, which infuriated the people in the North, who wanted slavery to end.

This divided the country and South Caroline along with several other states, proceeded to pull away from the Union and made their own country called the Confederate States of America. Buchanan failed to act aptly and so Civil War broke out.

James Buchanan died in Pennsylvania in 1868, after suffering from Pneumonia. 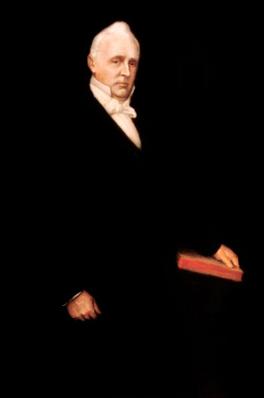