How Abraham Lincoln Won Re-election During The Civil War

​As the Civil War was winding down, President Abraham Lincoln was busy in his bid for re-election. While the southern states that had seceded from the union did not have a vote, the electoral process continued with the remain states. This would be the first time that a presidential election took place during a war since 1812. Lincoln had to face the fact that the country was weary of war and ready for peace. This led to a tougher election battle than the end results would show.

Early in the campaign Lincoln and his advisors feared that he would have no chance of re-election. The thought was that the American people would vote for the democrat George McClellan, who promised to find a peaceful compromise to end the Civil War. This led Lincoln to even ask Frederick Douglass to create a plan to help slaves escape to the north. Lincoln was convinced that the Union would eventually win and had no intention of compromise, even if it would cost him in the election.

The fall of Atlanta on September 2, 1864 marked a turning point for the war and Lincoln’s re-election hopes. With this major victory in hand, the end of the Civil War was inevitable. The victory also led to major support for Lincoln from soldiers and their families. As the tide turned, Lincoln was re-election in a landslide of 212-21 in the electoral college. McClellan had only managed to win 3 out of the 25 states that participated in the election.

Once Lincoln won the election, his attention shifted to reconstruction and a post war plan. While it would take until April of 1865 for the Confederacy to surrender, ground work would need to be laid to unite the country. Unfortunately Lincoln would not see his plans in action, as he was assassinated only 5 days after General Robert E. Lee surrendered. The post war Union ended up being one of the toughest times in American history, but another war was avoided by compromises on both sides. 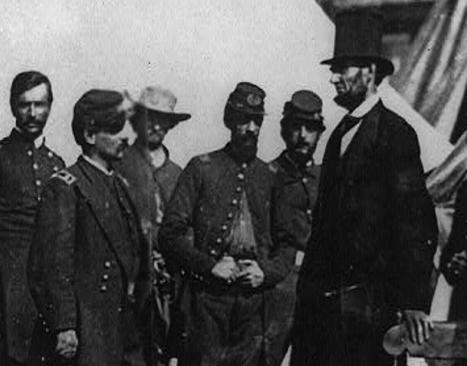