Harry Truman was the 33rd president and assumed office after the death of Franklin Roosevelt in 1945. Truman was known for his role in ending WWII and continuing many of the ideas Roosevelt had for the country. His re-election in 1948 is remembered as one of the biggest comeback wins ever for a presidential election. 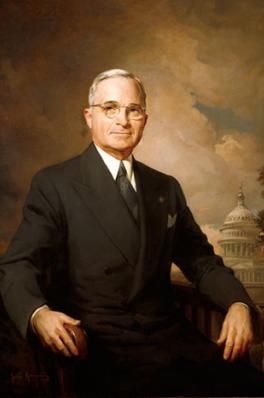