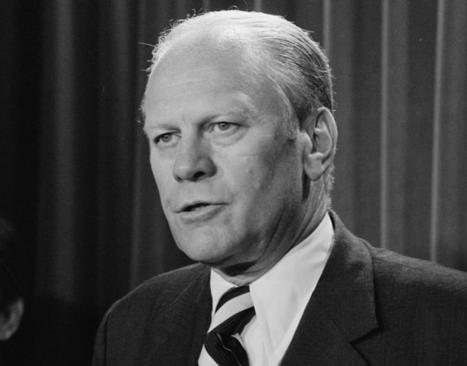 Gerald Ford may best well be known for being the only U.S. President that was not elected into office. Having taken office after the resignation of Richard Nixon, Ford culminated his long political career hold the nation's highest office. Below are facts that you maybe did not know about the 38th president.