10 William Howard Taft Quotes That Everyone Should Know 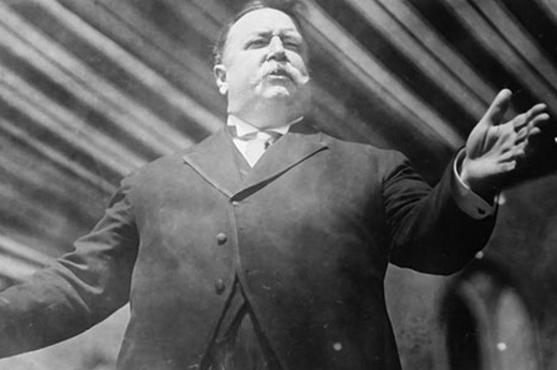 William Howard Taft was the 27th president of the United States and had an illustrious public service career. From the time that he became Solicitor General of the United States, until he passed away as the Chief Justice of the the Supreme court, Taft had quotes that will be remembered forever. Most notably, Taft shafted his wisdom through words when he was president from March 4, 1909 to March 4, 1913. Below are the top quotes that stand out and best represent this American icon.

“The world is not going to be saved by legislation”.

“Presidents come and go, but the Supreme Court goes on forever”.

The Life and Times of William Howard Taft

“Constitutions are checks upon the hasty action of the majority. They are the self-imposed restraints of a whole people upon a majority of them to secure sober action and a respect for the rights of the minority”.

“The President cannot make clouds to rain and cannot make the corn to grow. He cannot make business good, although when these things occur, political parties do claim some credit for the good things that have happened in this way”.

“I think his greatest fault is his failure to accord credit to anyone for what he may have done. This is a great weakness in any man”.

Taft and Roosevelt: The intimate letters of Archie Butt

The Life and Times of William Howard Taft

“We are all dependent upon the investment of capital”.

“The diplomacy of the present administration has sought to respond to the modern idea of commercial intercourse. This policy has been characterized as substituting dollars for bullets”.

Taft and Roosevelt: The intimate letters of Archie Butt